On Saturday, October 21, Repair Café joined the 18th annual Planet in Focus Film Festival, which was held at Innis Town Hall, University of Toronto. The festival features films about the environment and human society.

This year, the topics explored were consumption, waste, and sustainability. We were invited to join the festival because one of the documentaries that was screened there, Fixed!, is about our repair café. 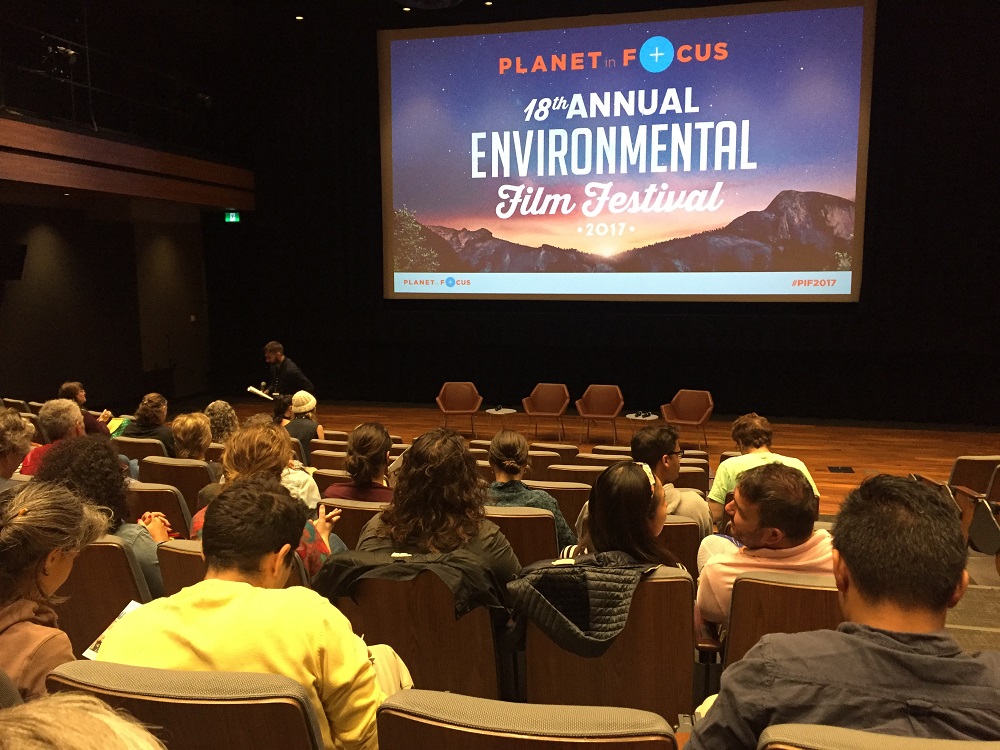 Fixed! captures the energy and the magic of the Repair Café and helps you understand why this grassroots initiative resonates with so many people of all ages and backgrounds. Below is the trailer.

After the screening, we took a photo with the filmmaker, Cat Mills (3rd from left), in the courtyard of Innis Town Hall. 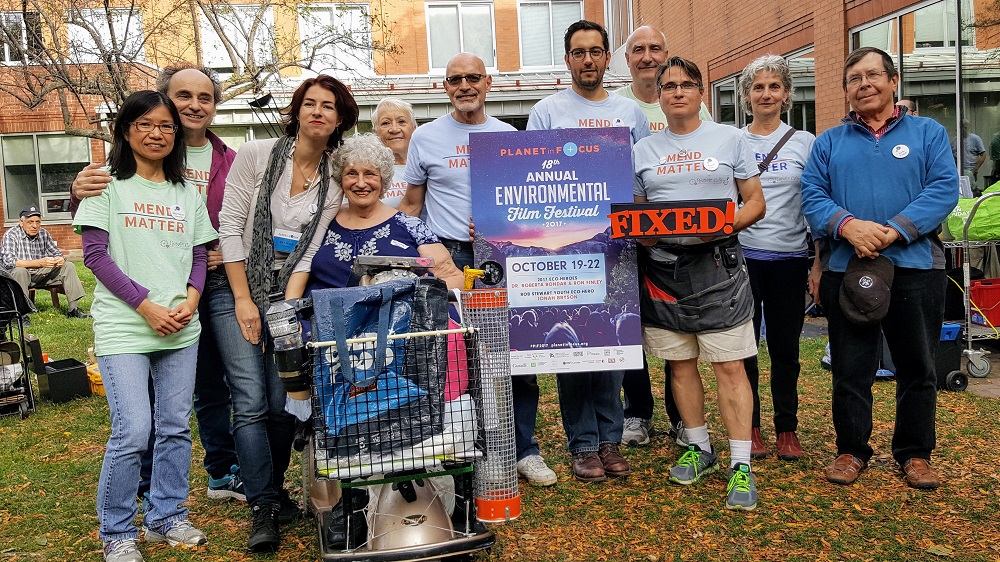 We are proud of Cat for her wonderful film.

Cat has been coming to our events bringing her own items to be fixed and was inspired to make the film because of the link she sees between what we are doing and what the world needs going forward if we are to build a better future:

“I was attracted to the Repair Cafe because I felt it tackled three problems in our society. It challenges our throwaway culture, it teaches us how to do new things, and it creates community. I thought it would make a compelling and fun film that could share the message of the Repair Cafe and encourage people to join the movement. It also offered solutions that people could get involved with at a local level.”

Thank you Cat for your hard work and inspiration!

Below are a few shots from the Planet in Focus event. See you at the next Repair Café! 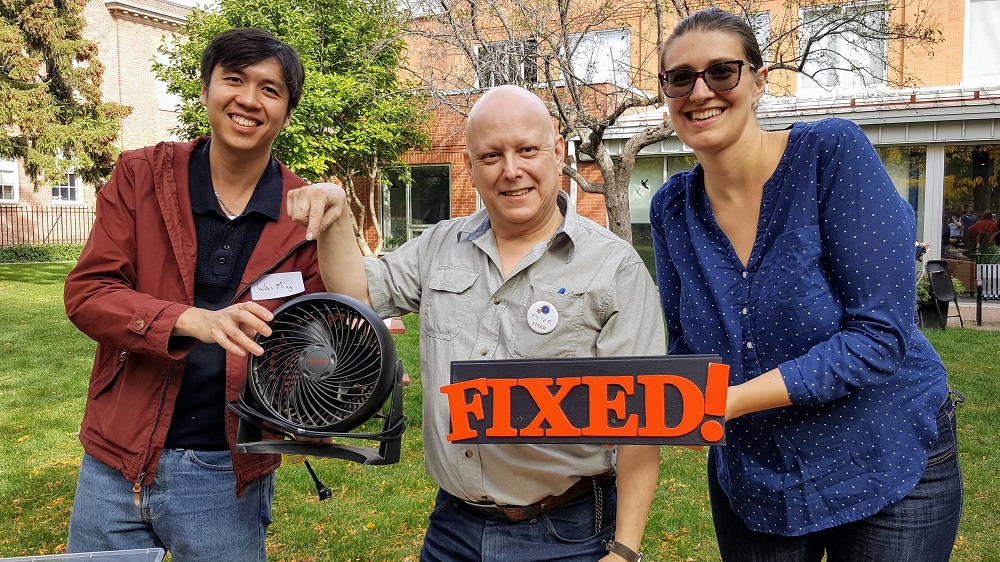 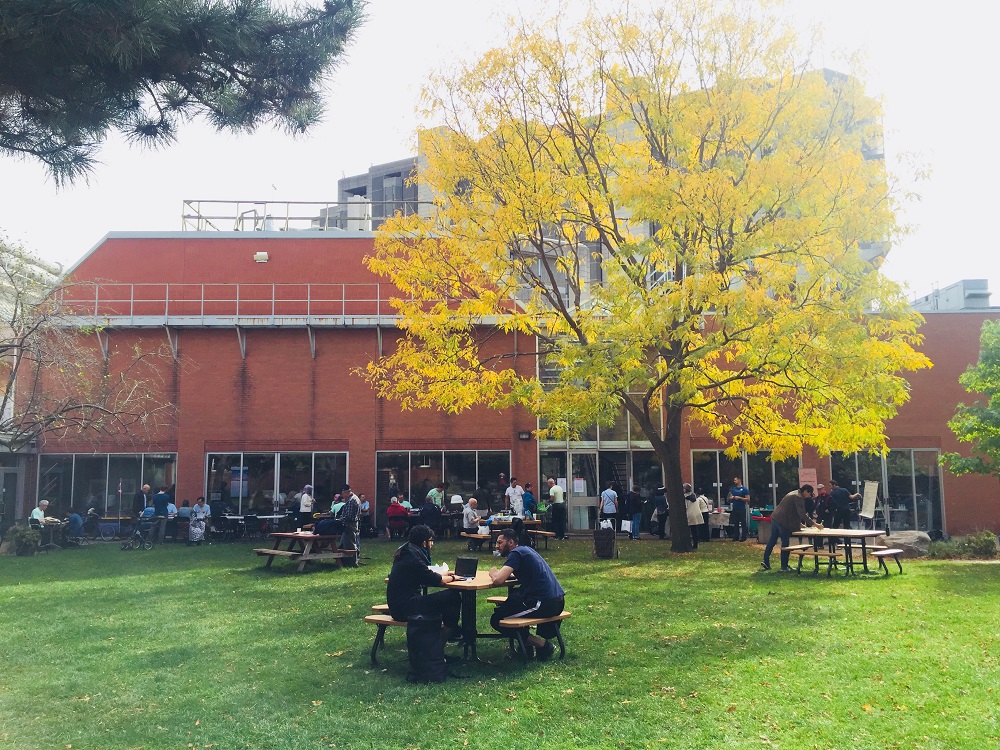 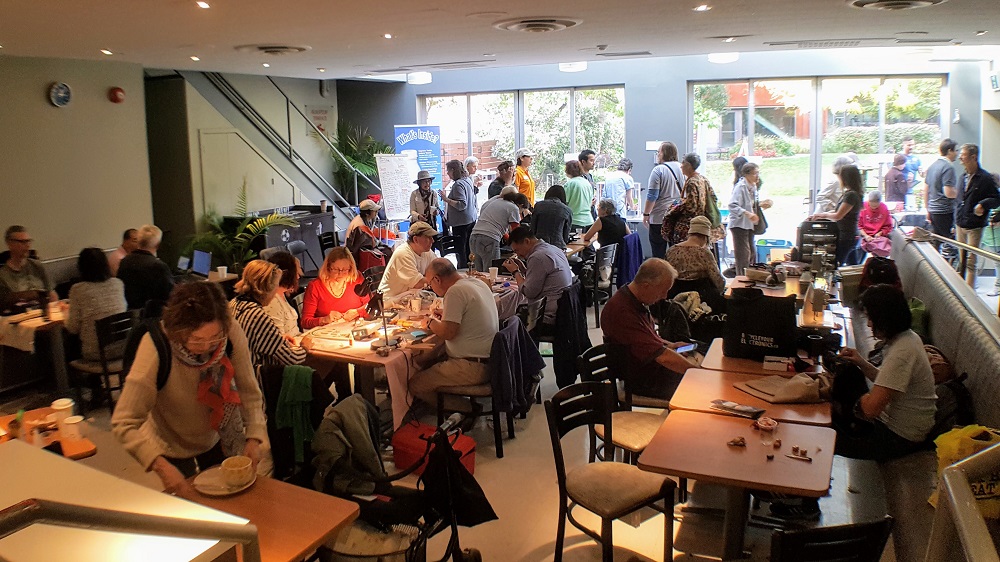